skip to main | skip to sidebar

#6 Reaction of Children to Divorce. 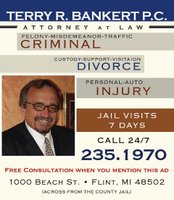 After you decide to divorce you have to decide how to divorce. When you have children be aware of their feeling and knowledge of your marital problems. The walls have ears. Do not involve them in the specifics or do anything to encourage them to take sides. Your children are watching and learning from you. They are evaluating how you and your spouse conduct themselves in a divorce.

One of a child's first reactions to divorce is fear of abandonment. The child reasons if one parent can leave, then the other parent might leave too. The child needs steady reassurance that the child will not be abandoned. Hopefully, the reassurance can come from both parents, including through substantial contact with both parents. Keep going to church as a family.

Young children also are concerned that the parent who is moving out will not be taken care of or will not have a place to stay. Some of those concerns can be alleviated by promptly showing the child where the departing dad or mom will live. Tell your children everything is okay and they do not have to worry.

Other common reactions of children to divorce include: sleep disturbances, fears of impending disaster, suspiciousness, under-achievement in school, poor peer relationships, emotional constriction, anger, and regression in behavior (such as bed-wetting).

Many children feel powerless and vulnerable in the period during and following a divorce. Assuming the child liked both parents, the child wants to stop the divorce, but cannot. Children often blame themselves for the divorce and think if they had done something different that their parents would not be divorcing.

Children need to be told--often many times--that the divorce is not their fault . . . that dad and mom are not living together because dad and mom could not get along, not because the child did something wrong.

Although nothing takes all the pain out of divorce for a child, the manner in which children are told about a divorce will have a lasting effect on them. Certain ways of telling a child will maximize suffering, such as telling the child, "He left us!" or "She does not love us!"

The child should be given an opportunity to express feelings and to ask questions. The child also might be told that things will be difficult for a while, but they will improve with the passage of time. Children need a close ongoing relationship with both parents.

Labels: #6 Reaction of Children to Divorce.

Truly said.. Great post. It is really very informative. Thanks for this update.

More than half of marriages end in divorce. One million new children are effected by divorce each year. When parents decide to divorce, they typically have been through a series of events that have led them to this decision. Children's reactions to parental divorce are related to how parents inform them of their decision. Because of this, it is important for parents to think carefully about how they will tell their children and what they will tell them. When possible, the entire family should meet together so that both parents can answer children's questions. This strategy may also help parents to avoid blaming each other for the divorce. Visit Professional negligence solicitor for more information.